It was finally time for Calandra, a wife and mom of two, to start taking of care of herself again. For two years, Calandra cared and then mourned for her mother who passed away from anaplastic thyroid cancer and was her brother’s health care proxy during the planning of his heart transplant. Then she found a small lump on her breast. “As much as I wanted it to be a mosquito bite, I knew it was going to be more,” said Calandra.

First, she went in for a mammogram and then a biopsy. Next, her voicemail filled up with messages to appointments from many different doctors. Quickly, she checked her patient portal and saw she had tested positive for invasive ductal carcinoma. For three and a half hours, she waited for her own doctor to call and give her the results over the phone. The entire time, she thought she was going to die.

Calandra had a gut feeling that this oncology team was not the right fit for her. She headed into Dana-Farber for a second opinion, a world class cancer hospital in Boston.It was there she met her oncology team that discovered things that the other doctors missed.Calandra made the decision to switch her care to Dana-Farber who also provided her with a team that not only handled her medical issues but wanted to make sure other areas of her life stayed on track.Her team at Dana-Farber would guide her through more than a year of treatment and support. “I took this time to renew my faith and not spend time endlessly researching my disease.” She trusted her team to treat, guide and support her.Calandra knew that only thing that she could control was, “who my doctors were.”

Even though she was fully insured, Calandra and her husband began to worry about finances. There was the deductible, the time away from work, and the costs of driving over 80 miles round trip to her treatments. Trusting her team at Dana-Farber, she agreed to apply to Ellie Fund for support with groceries and her transportation to treatment. The organization seemed so familiar to her. Then it clicked. Calandra’s mom received gas gift cards during her battle with anaplastic thyroid cancer during the year Calandra used to drive her mom to and from treatment.

“Ellie Fund let us breath and took the edge off,” explained Calandra when she thought of receiving her grants from Ellie Fund. Calandra’s friends and family used the grocery gift cards to prepare meals for her and her family. The gift cards enabled Calandra’s support system to help her more and create less of a burden on themselves. Ellie Fund became part of Calandra’s beloved team. 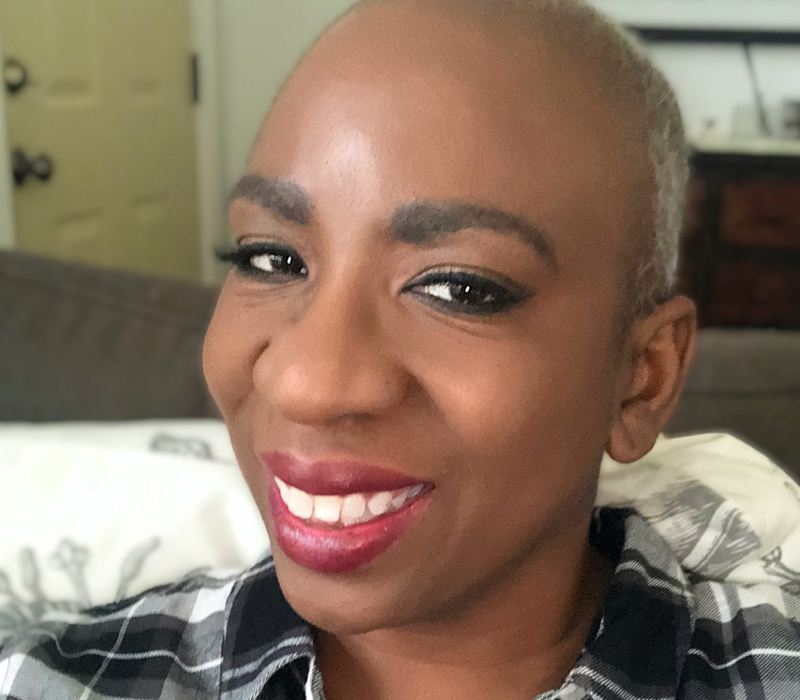 Calandra remained positive and became more steadfast in her faith, even when she received a second cancer diagnosis during her treatment. Continuing on the course and trusting her team, Calandra finished treatment in November of 2020 and has been cancer free since October 2019. “Breast cancer was tough, but it was not the hardest year of my life… because of my team. My journey is a beautiful story filled with joy, love and faith.”

Shop at Amazon Smile And Amazon will make a donation to the: ELLIE FUND

We’ve partnered with Giving Assistant, so now your purchases at 3,000+ popular online retailers have the power to support the Ellie Fund.
Click here for more information.

(We do not share your data with anybody, and only use it for its intended purpose)